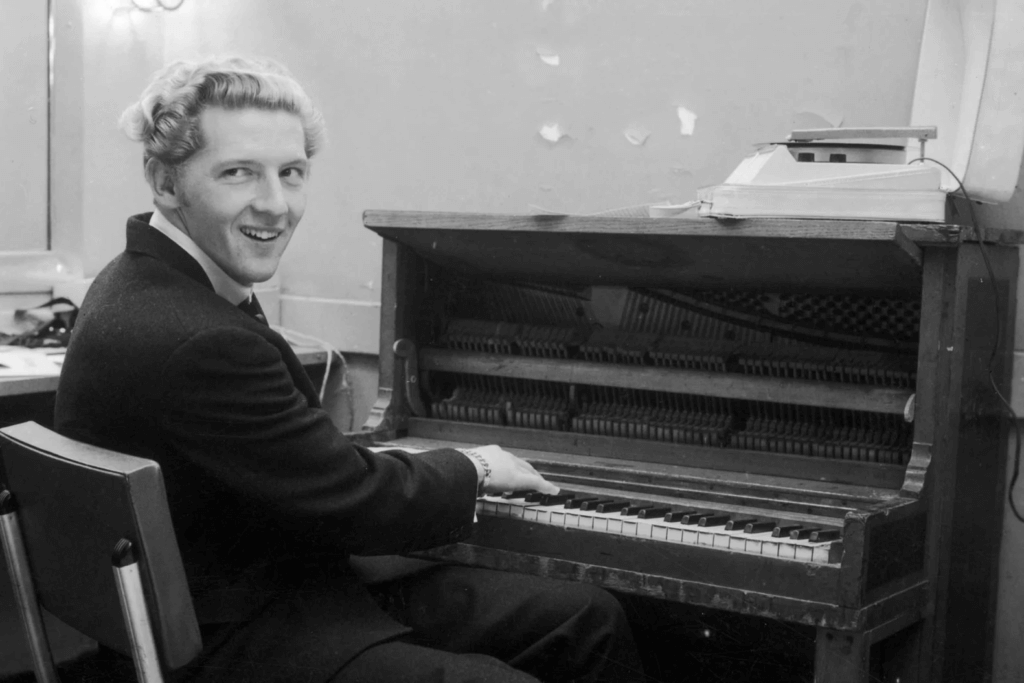 Jerry Lee Lewis, whose hammering boogie-woogie piano, unleashed-tomcat voice, and unapologetic bad-boy persona made him an architect of rock & roll and an early rival of Elvis Presley, has died. Lewis’ publicist confirmed his death to Rolling Stone, but a cause of death was not immediately available; he was 87.

Lewis died at his home in Desoto County, Mississippi, with his seventh wife, Judith Coghlan, by his side.

Lewis’ two 1957 singles, “Whole Lotta Shakin’ Goin’ On” and “Great Balls of Fire,” were some of rock’s earliest and most primal hits: howling, whooping, libidinous performances that announced, as defiantly as any other records of the period, that a new style of music had arrived and would take zero prisoners. “I had created rock & roll before they ever thought about having rock & roll,” Lewis told Rolling Stone in 2014. “When Elvis come out, he was rockabilly. When I come out with ‘Whole Lotta Shakin’ Goin’ On,’ that was rock & roll. That’s when the name ‘rock & roll’ was put in front.”

This website uses cookies to improve your experience while you navigate through the website. Out of these cookies, the cookies that are categorized as necessary are stored on your browser as they are essential for the working of basic functionalities of the website. We also use third-party cookies that help us analyze and understand how you use this website. These cookies will be stored in your browser only with your consent. You also have the option to opt-out of these cookies. But opting out of some of these cookies may have an effect on your browsing experience.
Necessary Always Enabled
Necessary cookies are absolutely essential for the website to function properly. This category only includes cookies that ensures basic functionalities and security features of the website. These cookies do not store any personal information.
Non-necessary
Any cookies that may not be particularly necessary for the website to function and is used specifically to collect user personal data via analytics, ads, other embedded contents are termed as non-necessary cookies. It is mandatory to procure user consent prior to running these cookies on your website.
SAVE & ACCEPT